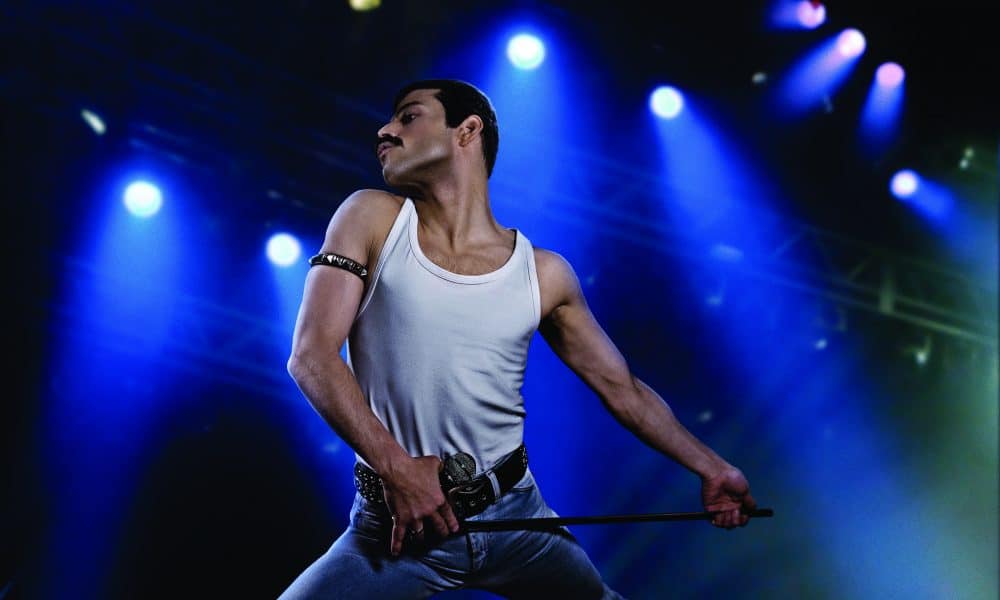 Twentieth Century Fox on Tuesday released the second trailer for November’s Queen biopic Bohemian Rhapsody, and it is fire.

Up til now, we’ve only gotten carefully manicured glimpses of Rami Malek as Freddie Mercury. Instead, previous trailers have (perhaps wisely) focused on Queen’s thumping contributions to rock and roll. With the second trailer, however, audiences finally get a look at Malek’s portrayal of one of rock history’s most beloved front men. And from the looks of things, he’s nailing it.

As someone who never really saw the point of Mr. Robot (because it’s Fight Club with computers), it was always mildly disappointing to see such a talented lead actor left with little to do but look pensive. In Bohemian Rhapsody, however, Malek has the opportunity to break out of his shell in a big way. Instead, his turn as Mercury is tantalizingly restrained. Even his bucktooth prosthetic seems just pronounced enough to suggest the iconic rocker’s overbite.

That the second trailer also takes crucial moments to celebrate the creative input of the entire band (rather than just Mercury himself) is important, too. Bohemian Rhapsody is slowly turning into “that Queen film” where once it was just “that long-belabored Freddie Mercury movie” and the story of one of the most innovative bands in history as opposed to a close look at its frontman alone has the potential to break new ground.

Sure, the production of Bohemian Rhapsody has been fraught with drama, but judging from the measured performances and slowly evolving story, it might have been worth the wait.

At the very least, the soundtrack is going to be awesome.