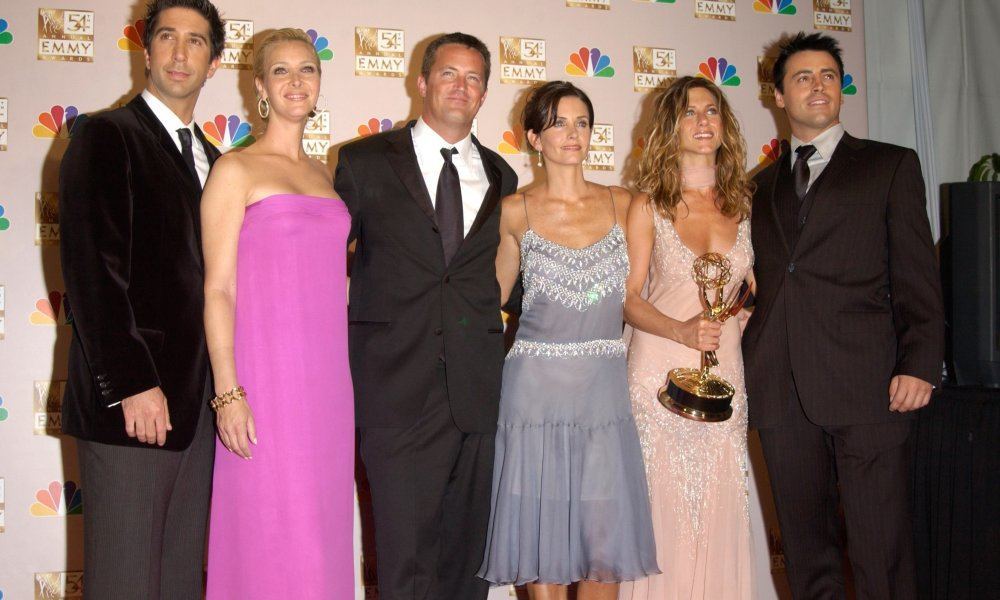 On Wednesday, NBC network executive Bob Greenblatt dropped the the news that people could expect a Friends reunion of sorts, when he made an appearance at the Television Critics Association.

Now the reunion isn’t in celebration of the Friends cast exactly, but rather supposed to be a celebration honoring TV director James Burrows who is reaching the milestone of 1,000 episodes behind the camera. The network is organizing a primetime special, and some of the actors being rounded up for it include Jennifer Aniston, Courteney Cox, Lisa Kudrow, Matt LeBlanc, Matthew Perry, and David Schwimmer.

When asked if the entire cast would really be there together like all times, Bob said:

“I shouldn’t go into detail. I’m hoping that all six of them will be there in the same room at the same time. I don’t know, logistically, if we can pull that off.”

Paul Telegdy who’s also involved in the project added that the Friends cast would all be there participating in some way or another.

In addition to directing 15 episodes of Friends over its ten year run span, James Burrows has also worked on shows like Mary Tyler Moore, Laverne & Shirley, Taxi, Cheers, Frasier, as well as Will & Grace. One of the episodes that James directed for Friends was actually the pilot.

While there is more to be expected on the show special besides just the Friends cast, that is clearly going to be a huge draw for a lot of people. In the past however it has been difficult for the network to get together all of the castmates for appearances, so it will be interesting to see how this turns out.