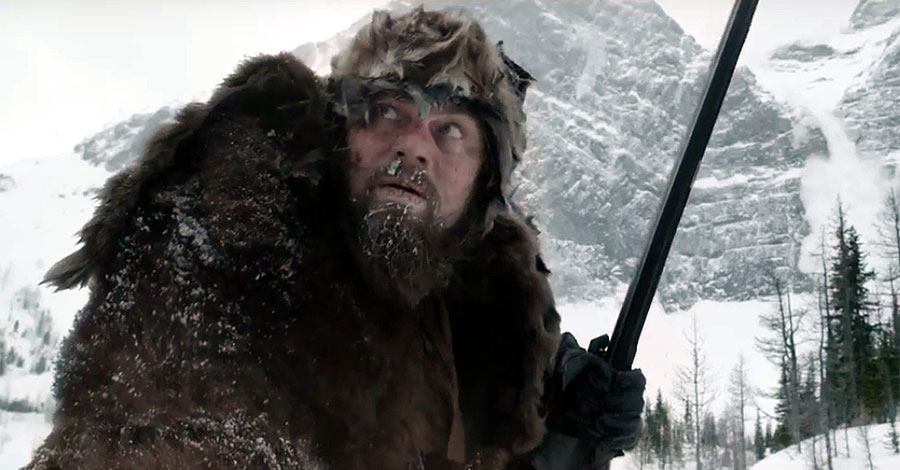 It’s a good year to be an art-loving man’s man. Trust, that doesn’t happen very often. But 2015 gifted movie audiences with more than one discourse on what it meant to be an all-around tough person. Now that the Oscars are rolling around, those films are set for some due recognition. It’s a violent, abrasive, tough guy year at the Oscars. Are you ready?

Leading the Oscar hopefuls this year is The Revenant with 12 nominations, including a Best Actor nomination for Leonardo DiCaprio (his fifth acting nomination and sixth overall). Behind The Revenant, George Miller’s post-apocalyptic masterpiece Mad Max: Fury Road raked in 10 nominations (and zero recognition for Charlize Theron … who wants to join in on sending nasty notes to the Academy?).

We’re going to hit the big categories below, but for the complete list check here.

The Best Picture race is surprisingly diverse this year as the Academy is still trying to increase ratings for it’s live show. The number one contender at the moment is The Revenant, closely followed by Mad Max: Fury Road, Bridge of Spies, The Big Short, The Martian, Spotlight, Room and Brooklyn.

The Best Actor race is essentially a one-man show, with DiCaprio’s performance in The Revenant (as a pioneer crossing the harsh frozen wilderness in search of Tom Hardy’s scalp) being the all-but guaranteed winner. Rounding out the category are Bryan Cranston in Trumbo, Matt Damon in The Martian, Michael Fassbender in Steve Jobs, and last year’s winner Eddie Redmayne in The Danish Girl.

Over in the Best Actress category, it’s a dead heat between perennial favorite Cate Blanchett in the period lesbian drama Carol and wonderfully talented Brie Larson in Room, the story of a young woman and her child who are kept locked in a single room for several years. Behind these two leading ladies, Jennifer Lawrence snagged yet another nomination for Joy, Charlotte Rampling earned a nod for 45 Years, and young Saoirse Ronan was recognized for Brooklyn.

The Best Director category is Alejandro Iñárritu’s to lose again. The man who directed last year’s delightful Birdman is seeking a repeat win for The Revenant. Giving him a run for his money is George Miller, the mastermind behind Mad Max: Fury Road. Surprise entrant Adam McKay (best known as Will Ferrel’s partner in crime) is on the ballot for The Big Short, Tom McCarthy earned a nom for Spotlight, and Lenny Abrahamson grabbed one for Room.

Best Supporting Actress is a real horse race, but our gut has to give the edge to either The Danish Girl’s Alicia Vikander, who turned in two solid performances this year (the other was Ex Machina), and veteran Jennifer Jason Leigh for The Hateful Eight. The Academy loves praising talented performers who have re-ascended the ranks. Also in the category is Kate Winslet for Steve Jobs, Rachel McAdams for Spotlight, and Rooney Mara for Carol.

Best Supporting Actor is one of the year’s most controversial categories since it omitted several strong candidates (like Idris Elba) in favor of surprises. Shockingly, Sylvester Stallone is actually leading the pack with his turn in Creed. Behind him Christian Bale is being considered for The Big Short, Tom Hardy grabbed one for The Revenant, Mark Ruffalo earned one for Spotlight, and stage legend Mark Rylance nabbed a nomination for Bridge of Spies.

There’s still a lot of drama and a lot of campaigning to be done before the Oscars February 22 air date. Keep it right here for in-depth coverage on the races, the snubs and the ultimate winners.