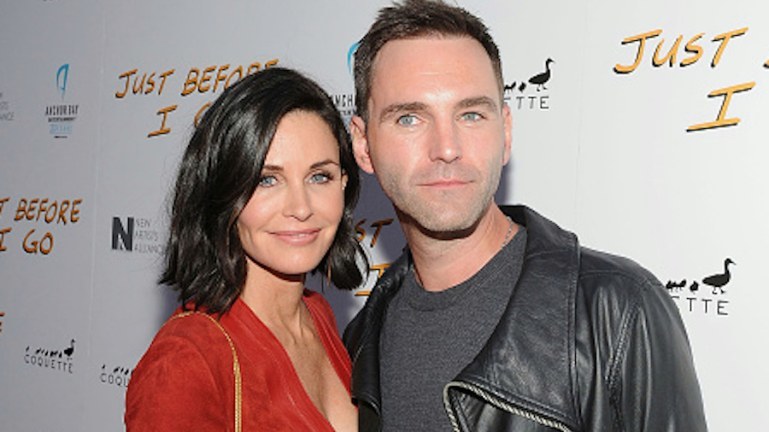 After nearly two years together, Snow Patrol guitarist Johnny McDaid and Friends alum Courtney Cox have called it quits. According to TMZ, who broke the story this morning, the couple has officially announced the end of their relationship. Apparently, they reached the decision shortly before Thanksgiving.

The couple previously made headlines when McDaid proposed to Cox 17 months ago after a short half-year together. McDaid popped the question at a birthday party for Cox’s now 11-year-old daughter, Coco. Cox later recounted the sweet story, saying that McDaid had actually asked for Coco’s permission to marry her mom. “He gave her a little diamond ring and got on his knee,” the sitcom star revealed. “And she said, ‘Great! I’m going to camp tomorrow. Let’s do it right now!'”

According to the original story, the couple made a mutual decision to end their relationship after their separate lifestyles proved incompatible. Apparently, she’s a bit of a go-out person and he’s more of a couch and sweatpants type.

A differing source, however, told RadarOnline that the breakup was far from mutual and that Cox is devastated by the sudden loss. The source apparently confided in the outlet that McDaid “had jealousy issues and told Courtney there was something about [her relationship with Friends co-star Jennifer Aniston] that didn’t feel right …” Whatever that means.

However the split played out, the couple’s impending nuptials are obviously off.