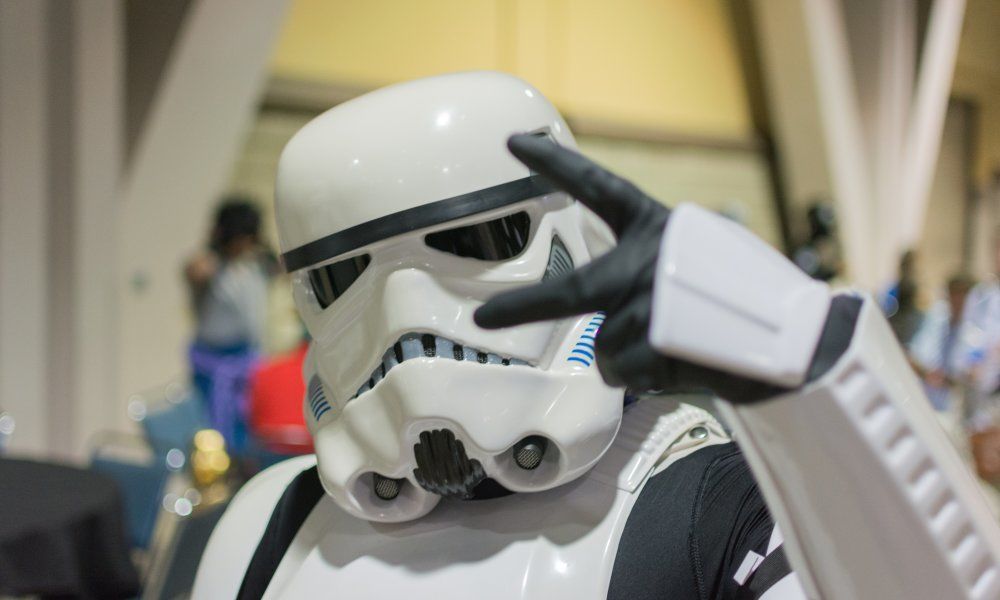 The Star Wars: The Force Awakens premier was last night in Hollywood, and it was one of the biggest premiers that has ever gone down. Four thousand people came out to watch the movie from one of three different theaters on Hollywood Boulevard, and naturally there were stars galore.

The fun thing about a premier for a movie like Star Wars, is that in addition to the normal red carpet clothing we love to look at, many celebs chose to pay homage to their favorite characters.

Joseph Gordon-Levitt chose to make his own Yoda costume, Rainn Wilson dressed up as Obi-Wan Kenobi while his son dressed up as Boba Fett, and Sofia Vergara did her hair in some Princess Leia style buns.

The event was carefully planned out but it sounds like there were a few snags. Carrie Fischer got stuck in traffic and then was held up by security.

George Lucas was asked about the franchise as he walked the red carpet, and he had a great answer.

“I didn’t think it would be this big when it started. It started out wanting to do a film for young people that had psychological undercurrents for people who were going through adolescence – everything from mythological themes to spiritual themes. In the end, I think that is the thing that resonated with people.”

The original Star Wars trilogy opened in theaters in 1977. Carrie Fisher, Harrison Ford and Mark Hamill came back to reprise their roles for this film as their respective characters (formerly princess, now General) Leia Organa, Han Solo, and Luke Skywalker.

Star Wars: The Force Awakens opens to the general public in the United States on December 18.