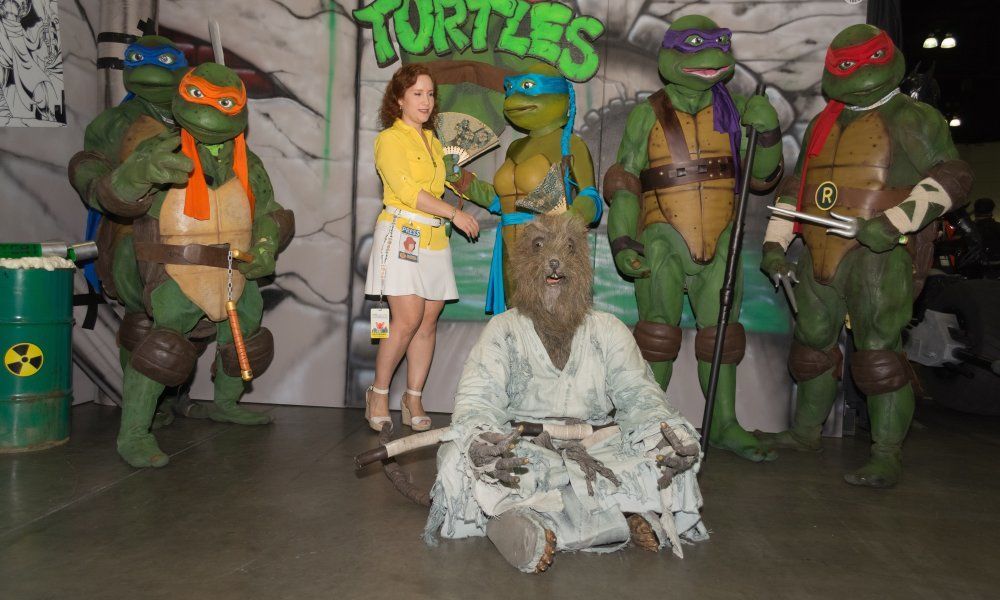 In the opening moments of the trailer, viewers are treated to a dark, swirling void in the sky over what’s assumed to be New York. While that image may recall to a certain superhero movie from a few years back, it’s also a veiled promise to pay homage to the Turtles’ intergalactic comic book origins. It’s almost too much to hope for, but at this point a best guest would say that the citizens of Dimension X just might make a late game appearance. Fingers crossed: Is Krang coming?

Even if the yammering brain doesn’t show up, it seems the TMNT sequel still offers more than enough new characters to cover their bases. Fans of the cartoon series, which ran from 1987 to 1996, likely cheered when Bebop, the giant warthog, and Rocksteady, the talking black rhino, made their appearance. The bumbling pair of henchmen were always fan favorites and their inclusion in the sequel should make for a few fun moments, at the very least. There’s also the fact that Bebop plus Rocksteady plus tank plus Turtles seems like a set piece worth watching.

Meanwhile, the moms and girlfriends being dragged to TMNT2 were probably relieved to see Arrow’s often shirtless star Stephen Amell as Casey Jones, an apparent love interest for Megan Fox’s April O’Neil. Finally, film nerds may be surprised to find that the extremely talented Laura Linney is among the new additions to the cast. She’s always able to elevate any material she’s handed, even when she’s surrounded by CGI characters, so there’s nothing wrong with that. (Don’t judge her, art snobs; a lady’s gotta eat).

Last year’s reboot, which — like the sequel — was produced by Michael “More Explosions!” Bay, a noteworthy mention considering that 2014’s Teenage Mutant Ninja Turtles actually had something approaching a plot and halfway decent characters. Sure, it boils down to a string of action scenes held together with mediocre jokes, but the overall combination is actually quite winning.

If next year’s sequel is able to maintain the quality of the child friendly original, then expect Teenage Mutant Ninja Turtles 2: Out of the Shadows to make for a really solid Sunday afternoon Netflix watch in late 2017.