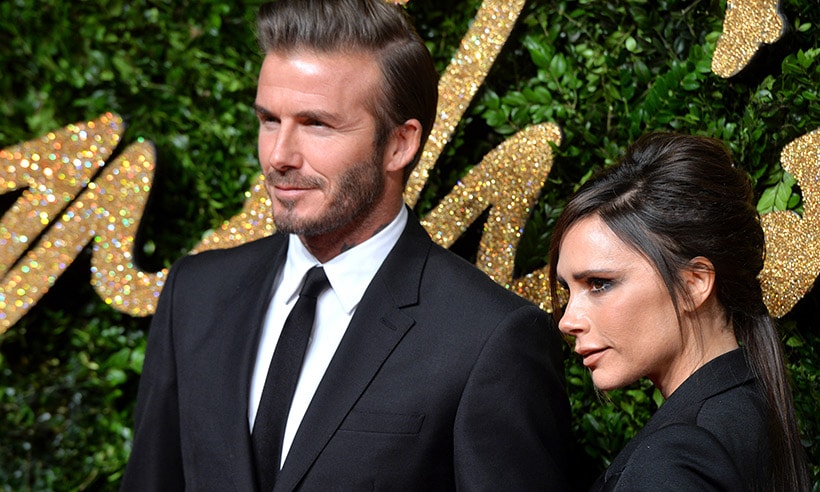 David and Victoria Beckham have apparently been dealing with divorce rumors, and now a rep for the couple has spoken out to clear things up.

“What nonsense…whispers and fake news fueled by social media. There is no impending statement, no divorce! Embarrassing for the sloppy outlets who have chosen to write such rubbish.”

The couple has been together since 1997 and married in 1999. They met at a charity soccer match, and apparently it was love at first site for David. He actually requested that he be introduced to her, and she later admitted that “I didn’t really know who he was. I was never into [soccer.]”

In the past David has addressed how they work through their issues together and that their family bond is a real one, despite how people might perceive it from the outside.

They were most recently seen together in May at the wedding of Prince Harry and Meghan Markle.

To support the incredible work of The We Love Manchester Emergency Fund and the families affected by the Manchester attack last year, @davidbeckham and I have partnered with @omazeworld to give you the chance to own our wedding outfits. Please visit omaze.com/beckham for details. x VB

They have four children together and regularly share updates about their family life to their social media.

Is that a mustache u r trying to grow @brooklynbeckham ?? x kisses from us both x VB

Happy birthday to the best daddy!! X we all love u so much!!! So many kisses from us all xxxx we miss u @brooklynbeckham X

Victoria shared an Instagram photo on Friday morning with her daughter where she was expressing how much she missed her husband.

Morning cuddles x So much love ?? We love and miss u @davidbeckham ????