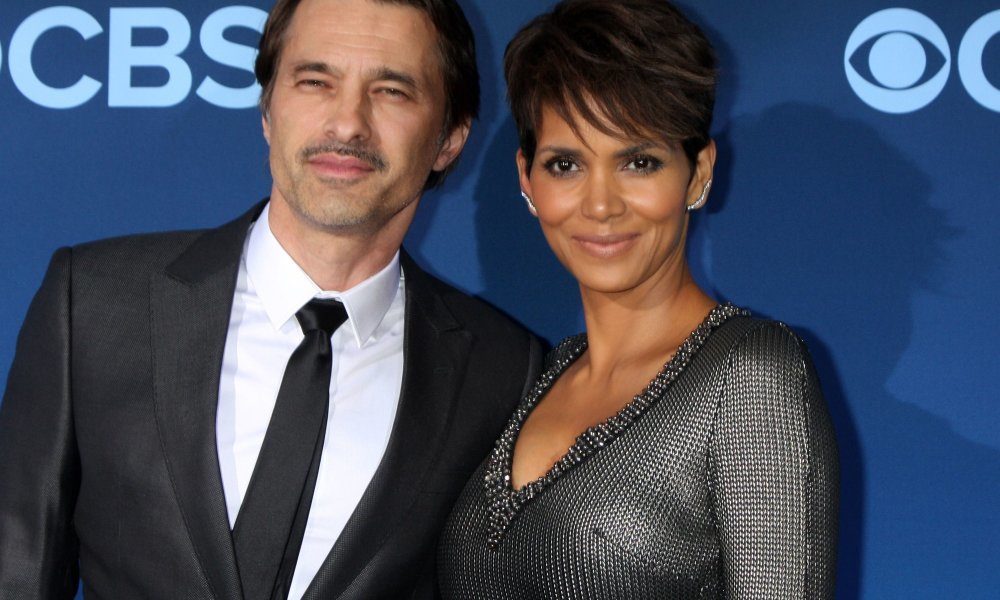 The pair confirmed their engagement in March 2012, and married in the rustic Chateau des Conde in his native France on July 13, 2013.

Their son, who just celebrated his second birthday, was born October 5, 2013.

A few years back Halle was head over heels for Olivier. According to Sophie Dulac, the president of the Champs-Elysées Film Festival: “She has called him ‘The One.’ She’s said she never expected to meet this Frenchman, to fall in love like she has.”

In an official statement the couple explained their decision to separate:

“It is with a heavy heart that we have come to the decision to divorce. We move forward with love and respect for one another and the shared focus for what is best for our son. We wish each other nothing but happiness in life, and we hope that you respect our, and most importantly our children’s privacy, as we go through this difficult period.”

It’s not too surprising that the high profile couple have decided to split, as rumors of their deteriorating relationship have been swirling for months.

Besides her son with Martinez, the Academy Award winner is also mom to 7-year-old daughter Nahla with her ex-boyfriend, model Gabriel Aubry. Berry and Aubrey were involved in a highly-publicized custody battle since their split in 2010, primarily because Berry wanted Nahla to live with her and Olivier in France. Their disagreements even caused a bloody brawl between Berry’s previous boyfriend and her husband.

Following a November 2012 court hearing in which the judge denied Berry’s request to move Nahla to France, Aubry and Martinez were both treated at a hospital for injuries after engaging in a physical altercation at Berry’s residence. Berry has always had a complicated love life.

This is the third divorce for Halle, who married baseball player David Justice in 1993 and singer Eric Benét in 2001, and the first for Martinez.

What do you think about Halle Berry and Olivier Martinez’s divorce? Can you believe that the ageless Oscar winner is single again? When will the “Sexiest Woman Alive” find true love?