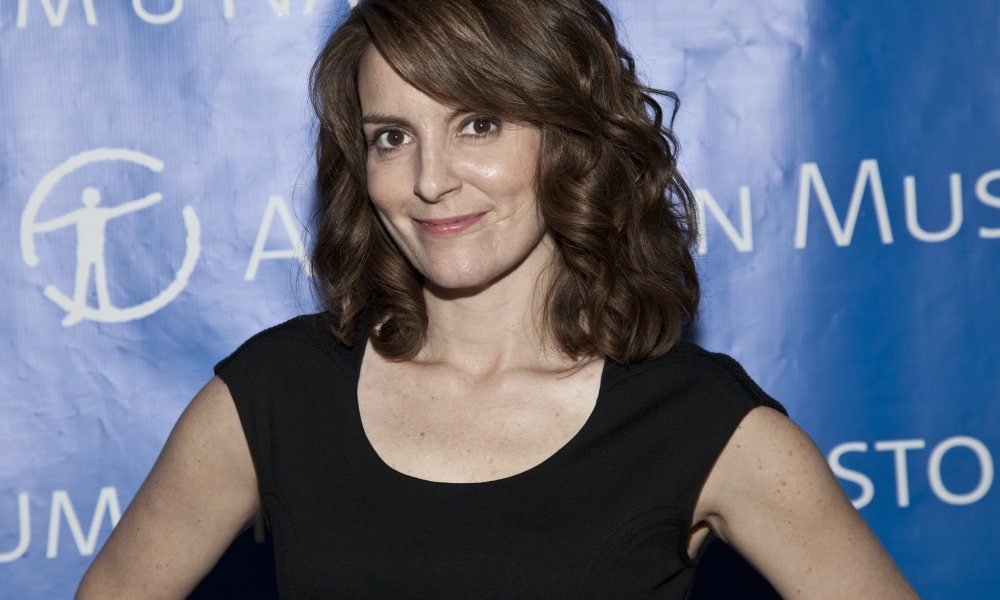 Tina Fey was interviewed for the April issue of Town & Country magazine where she opened up about the hardest thing about acting…aging.

“The greatest challenge for me as an actress is just getting older. Trying to play the scene at hand while also trying to hold your face up. Fast-forward to being 68, and it’s a glorious act of bravery … There were people on the Globes in their twenties who were so Botoxed. In their twenties! We’ve been so conditioned now to never see a real human face, one that moves, with its original teeth. Sometimes we forget that there is a choice. I choose not to do this. It’s like wearing multiple pairs of Spanx: Good for you, not for me. Not mandatory.”

Tina has tried to make jokes about Spanx in the past and actually sparked some controversy. For one skit that she did she wore multiple pairs of Spanx at once in an effort to look funny, but some people complained that she didn’t even look fat enough to make it funny.

“I purposely wore three or four layers of Spanx underneath [my skintight dress], including those terrible nude-colored ones, because as I crafted the bit I didn’t want people to think I was trying to look good. And some reacted that it was not good for women because I wasn’t fat enough under there. You cannot win.”

Tina has also discussed how aging has changed her philosophy on clothing options.

“Yeah, I do also think that by the time you are in your 40s, what you want to wear and what you think is sexy is not always, like, for another person. It’s what makes you feel good…. Sexy is all relative.”