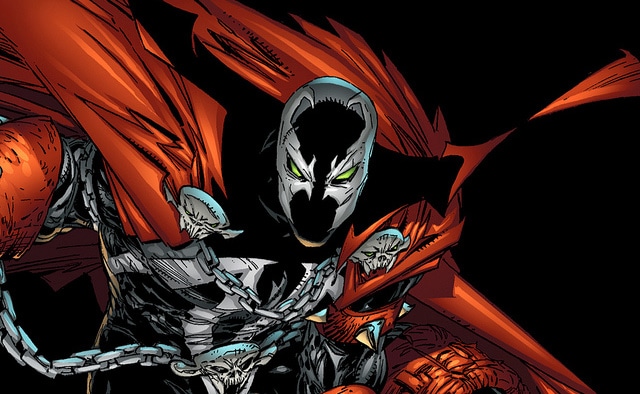 Today, Blumhouse and Todd McFarlane announced that their Spawn reboot had found its star: Jamie Foxx. If first-time director McFarlane has his way, however, you won’t be seeing a whole lot of Foxx in the final product.

The newest iteration of Todd McFarlane’s celebrated anti-hero has made the rounds over the last few years. Several studios have expressed interest in the project, and for a good reason — it’s high impact nostalgia mixed with brutal violence and, of course, a superhero. However, in bringing Spawn to the big screen, McFarlane was adamant that his vision be realized on his terms. In short, the director isn’t out to make a superhero flick; he’s making a monster movie.

And Spawn is Jaws.

In that vein, the director isn’t interested in having Spawn chew the scenery with long speeches about his conflicted emotions. As McFarlane explained to Deadline, “This is not a man in a rubber suit, it’s not a hero that’s going to come and save the damsel. It’s none of that. At the end of the movie, I’m hoping that the audience will say either, is this a ghost that turns into a man, or is it a man that turns into a ghost?”

Anyone hoping for an origin story is also out of luck. McFarlane’s Spawn will already be ripping criminals to pieces. If you want to know how Spawn became Spawn, you’ve still got options. The most rewarding choice is also the most time-consuming: the fantastic HBO animated series that ran from 1997 to 1999. Your second option is the 1997 misfire starring Michael Jai White, Martin Sheen, and John Leguizamo. It’s … not great, but Leguizamo’s performance as the shape-shifting demonic Clown is almost worth sitting through the rest of the mediocrity.

Todd McFarlane’s Spawn reboot is due to begin production in the coming weeks.