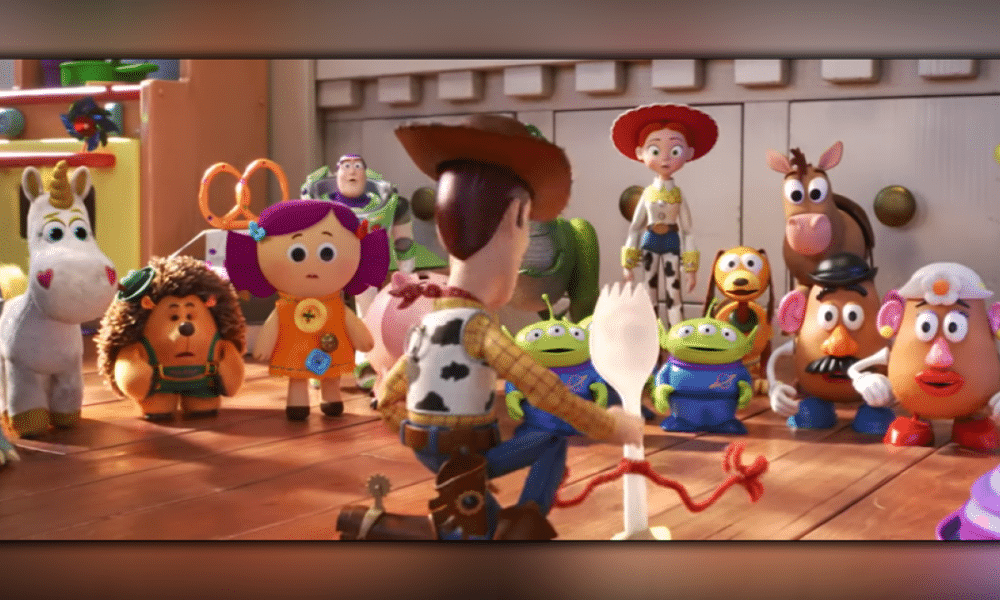 All of your favorite characters including Woody, Buzz Lightyear, Rex, Slinky Dog, Hamm the Piggy Bank and Mr. and Mrs. Potato Head plus the newest character, a spork named Forky will be featured in the latest film.

But Forky, who is voiced by Tony Hale, isn’t so sure he wants to be part of the pack, and he escapes because as he puts it, “I am not a toy. I was made for soup, salad, maybe chili, and then the trash!”

“The world of ‘Toy Story’ is built upon the idea that everything in the world has a purpose,” director Josh Cooley told Entertainment Weekly in November. “A toy’s purpose is to be there for its child. But what about toys that are made out of other objects? Forky is a toy that Bonnie made out of a disposable spork, so he’s facing a crisis. He wants to fulfill his purpose as a spork, but now has a new toy purpose thrust upon him.”

Woody, voiced by Tom Hanks, chases after Forky, and together they embark on a wild road trip that opens up Woody’s eyes to a whole new world. He even runs into his former flame, Bo Peep .But the big question remains, will Woody return home after seeing what the world has to offer?

The film is set to open in theaters June 21.