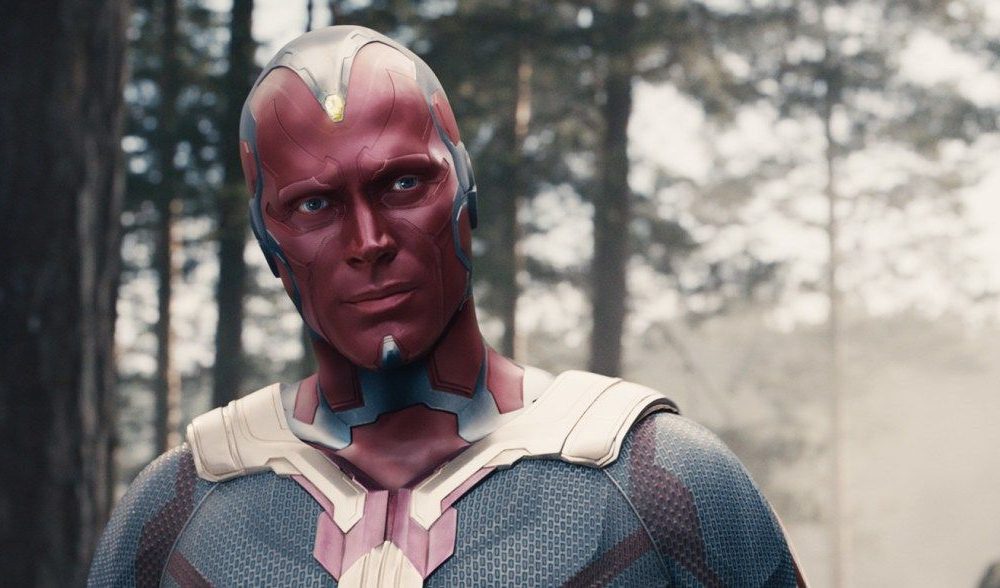 Even if you haven’t been to a theater to watch the latest escapades of the Marvel Cinematic Universe, you likely still have an inkling that things didn’t go well for the Avengers and their ilk. Of all the horrible fates that are visited on our heroes, however, few have it tougher than poor, poor Vision.

Not even Peter Parker.

At the beginning of the movie, we find a mostly human Vision (played by Paul Bettany) meeting his paramour, the Scarlet Witch, for a secret rendezvous. A few years removed from the events of Avengers: Age of Ultron, this Vision is a much more evolved, more independent person. He’s more man than machine, a fact echoed by his total lack of purple skin.

As the owner and operator of the Mind Stone, however, Vision is firmly in the crosshairs of Thanos, the big bad villain in Avengers: Infinity War. And, unfortunately for Vision, there’s absolutely nothing he can do to stop Thanos, even with the combined might of the Avengers. Vision recognizes that fact immediately, offering to lay down his life by having the Scarlet Witch destroy the Mind Stone.

Everyone refuses to go along with Vision’s plan until the last possible moment when Thanos is six feet away from the Mind Stone. It’s only at that moment, when the end is all-but-inevitable, that the Scarlet Witch pours her power directly into the Mind Stone, shattering it beyond repair and killing Vision by basically exploding his brain … or so everyone hoped. Thanks to his newly acquired Time Stone, Thanos is able to rewind time and undo Vision’s grisly death, just so the Mad Titan can lift Vision off the ground and rip the Mind Stone from his forehead.

So, to recap: Peter Parker flitters off into the ethereal. Thor loses those close to him. But Vision is brutally murdered once by the love his life and then once more by Thanos. Even better, the second time, Vision gets to die knowing that his first massive sacrifice was utterly in vain.