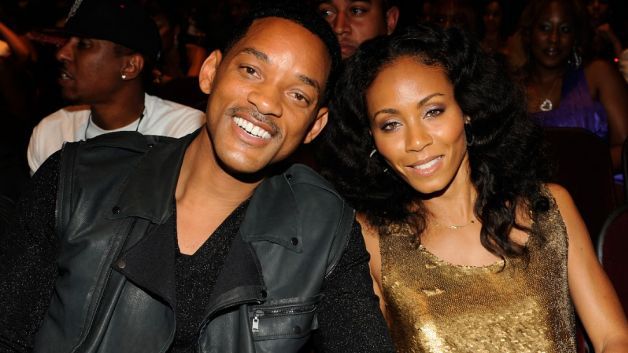 Will Smith and Jada Pinkett Smith reportedly don’t call themselves married, despite the fact that they celebrated their 20th wedding anniversary in 2017. Will recently explained that the labels that go along with marriage, like husband and wife, don’t do much for them.

“We don’t even say we’re married anymore. We refer to ourselves as ‘life partners,’ where you get into that space where you realize you are literally with somebody for the rest of your life. There are no deal breakers. There’s nothing she could do—ever—nothing that would break our relationship. She has my support till death, and it feels so good to get to that space.”

Late as usual but whatevs. My #Day14Challenge #FavoriteCouple #WillJada . Because they are awesome and have those strange yet intriguing children, a possibly open marriage and despite all the crap ass rumors…they're still together. Oh and they mostly keep their business to themselves…including all the charity work they do. #bhmphotochallenge #blackhistorymonthchallenge

Will and Jada married on New Year’s Eve in 1997, around six months before son Jaden was born. The two have faced a variety of divorce rumors over the years, but they seem as committed as ever. Will has even rapped about the rumors on a song he released in May called “In the Clique.” The actor and rapper is currently filming Gemini Man in Budapest but has plans to release a lot more music in the near future. He recently shared that he has found some new creative inspiration and is getting to work on the writing.

“I just started writing again. [I’m] just trying to find the way to say the stuff that’s in my mind. I’m burning again creatively, and I have outlets I’ve never had before. I’m in the studio now and I have real things to say. That’s the thing that’s gonna be new and different and interesting about the music that I create going forward.”

The next album that Will releases will be his first album since 2005.