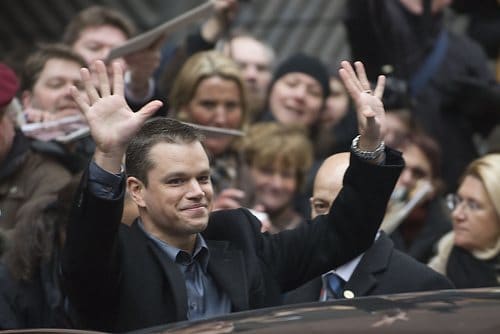 Ever since the release of this Fall’s The Martian, a realization has been bubbling up on social media sites across the land. That realization is this: Hollywood spends a crap load of money retrieving Matt Damon from random places. Whether it’s space, a European battlefield or the Middle East (like, five times), it seems the fictional American government will spare literally no expense or any number of Tom Hanks’ to bring this kid home.

Thankfully, for those of us who actually care about important things like this, a researcher working for the Institute of Neuroinformatics at the University of Zurich, Kynan Eng, spent a little of his free time calculating the total funds expended in the pursuit of a safer Matt Damon. In terms of Hollywood bucks (i.e. the budget of the total films in which he’s been rescued), Matt Damon is definitely worth the effort. See, the eight films included in Eng’s calculations demonstrate a combined budget of $729 million; meanwhile, over the course of his career, Matt Damon has earned more than $2.7 billion. Not a shabby return on investment.

The actor doesn’t fare quite as well, though, when Eng added up the in-movie budget of getting Matt Damon back. According to the researcher, thanks to several trips to outer space, the total fictional budget is closer to $900 billion “plus change”.

That’s not even taking into account the amount of money the government spent trying to track down and capture Jason Bourne (those movies were excluded because Damon, “does lots of travel, [but it’s at] at his own expense … [and] the people looking for him don’t seem to be very concerned about his safety.”

Check out the whole equation at the link above. Isn’t math the best?