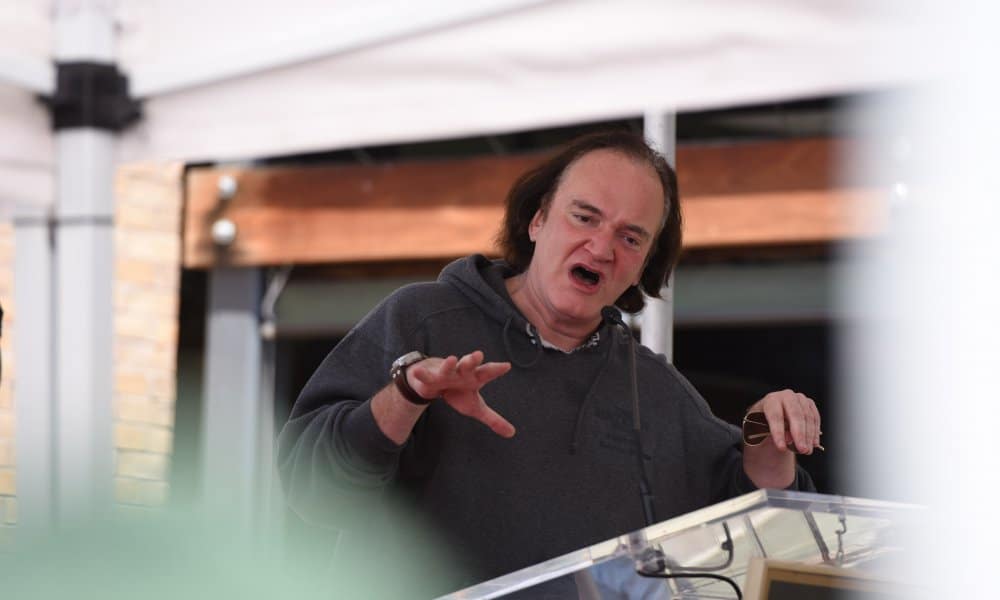 Over the weekend, the New York Times published an exclusive piece with Uma Thurman in which the actress detailed not only Harvey Weinstein’s sexual assault against her but also video footage and background information on a horrific car accident she was involved in on the set of Kill Bill.

Today, the Screen Actors Guild‐American Federation of Television and Radio Artists addressed the on-set wreck. “The situation as it has been described sounds like a stunt and would be a likely safety violation,” says a SAG_AFTRA spokesperson. “In general, only stunt professionals should perform stunts with guidance from a stunt coordinator to ensure a correct and safe performance.”

Additionally, veteran stunt performer and coordinator Andy Armstrong also commented, “The stuff that went on is appalling … That could have been a death by decapitation. The car could easily have rolled over [or] the camera could have flown forward. It was irresponsibility on a mega level.”

Since the news broke, Hollywood has attempted to make sense of the story while others have stepped forward to offer apologies 15 years after the fact. In an exclusive interview with Deadline, Tarantino expressed his guilt over the collision and an explanation of how he perceived the events that transpired. The director and screenwriter also shared that he knew the New York Times story was coming but did not have the chance to speak with author Maureen Dowd before the article was published.

“Part of my job on the piece was to do an interview with Maureen Dowd, and back up Uma’s claims,” Tarantino explained. “And we never hooked up. Me and Dowd never hooked up. I read the article and basically it seemed like all the other guys lawyered up, so they weren’t even allowed to be named. And, through mostly Maureen Dowd’s prose, I ended up taking the hit and taking the heat.”

Yesterday, Kill Bill producer Lawrence Bender released a statement to Entertainment Weekly in attempt to atone for what happened but more importantly, to clear his name.

“I deeply regret that Uma suffered the pain she has, both physically and emotionally, for all of these years from the accident that occurred on the set of Kill Bill,” Bender stated. “I never hid anything from Uma or anyone else nor did I participate in any cover up of any kind — and I never would. I was informed of Uma’s feelings in regard to this incident a few months ago and have done my best over this time to get as much verifiable information from all of the relevant sources that I could and shared it with Quentin [Tarantino]. I wanted to make sure she had all of the answers she had been seeking.”

Tarantino, the movie’s producers, and the stunt coordinator, Keith Adams, shirked their responsibilities to ensure the set and stunts on the set of Kill Bill were safe for all involved. However, this can’t be the only incident where someone was unnecessarily put in harm’s way.

Regardless of whatever explanation is given, no person should be pushed to perform hazardous stunts without the proper training and professional guidance. How many individuals have suffered injury or worse due to the negligence of Hollywood bigwigs in the 15 years since the accident on the Kill Bill set? And how soon will the movie industry address these issues and improve their practices?