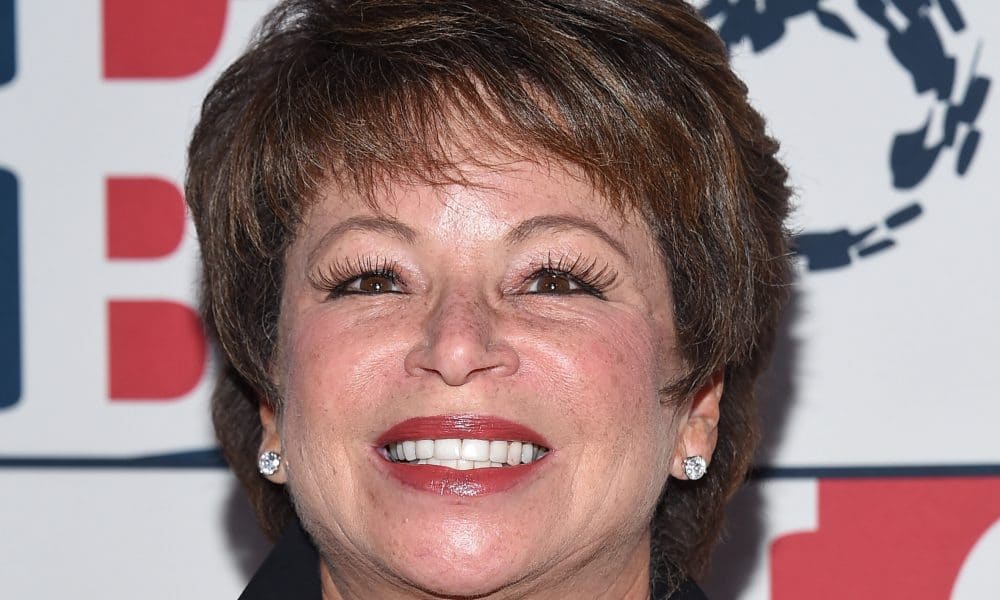 Following Roseanne Barr’s now infamous tweet comparing former President Barack Obama’s advisor, Valerie Jarrett, to an ape, outrage erupted in Hollywood, Washington D.C., and beyond. Many people, including celebrities and politicians, took to Twitter to condemn Barr for the horrific comparison. ABC decided to cancel the revival of Barr’s sitcom Roseanne, which has received record ratings since its premiere a few weeks ago.

Last night in a town hall meeting about everyday racism on MSNBC, Jarrett offered her response to Barr’s tweet and discussed the importance of addressing bigotry that people experience all of the time.

“I think we have to turn it into a teaching moment. I’m fine,” Jarrett commented. “I’m worried about all the people out there who don’t have a circle of friends and followers who come right to their defense — the person who’s walking down the street minding their own business, and they see somebody cling to their purse or run across the street. Or every black parent I know who has a boy, who has to sit down and have a conversation, ‘the talk,’ as we call it. And as you say, those ordinary examples of racism that happen every single day.”

Jarrett was also asked if she felt the current presidential administration made it more acceptable for people such as Barr to spew racist comments.

“Tone does start at the top,” she answered, “and we like to look up to our President and feel as though he reflects the values of our country. But I also think that every individual citizen has a responsibility too, and it’s up to all of us to push back. Our government is only going to be as good as we make it be.”

“He apologized,” she shared. “He said that he had zero tolerance for that sort of racist, bigoted comment, and he wanted me to know before he made it public that he was canceling the show.”

Of course, President Trump took this controversy as an opportunity to turn the attention back to him. This morning, Trump tweeted that Iger never extended him an apology for comments made about him on ABC.

Bob Iger of ABC called Valerie Jarrett to let her know that “ABC does not tolerate comments like those” made by Roseanne Barr. Gee, he never called President Donald J. Trump to apologize for the HORRIBLE statements made and said about me on ABC. Maybe I just didn’t get the call?

Since coming under fire, Barr has tweeted apologies; however, these efforts are too little and far too late. Regardless of her political beliefs, which is she entitled to have, Barr’s tweet about Jarrett was racially insensitive and demonstrated her own white privilege, assuming she could make such a disgusting comparison and not suffer any consequences.

While such ignorant hatred persists in this world, it’s refreshing to know that some businesses are taking a stand against intolerance. Dungey and Iger took the appropriate action, even though these decisions might have negative financial repercussions. Regardless, these choices reflect a slow shift in how industry and culture address everyday racism, which is the one reassuring aspect of this entire story.