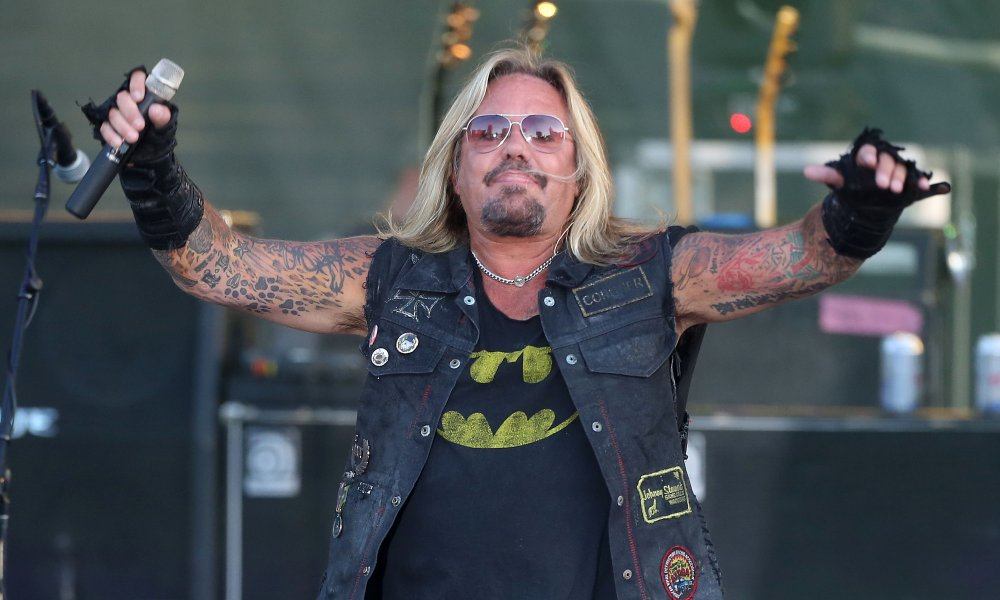 Vince Neil is being sued for assault after reportedly attacking a woman on the Las Vegas strip. The woman says that she was walking down the street with her son when she recognized and went to say hello to Nicolas Cage, who was standing there with Vince and the comedian Carrot Top.

Kelly Guerrero claims that Nicolas then put Vince into a playful headlock, and when Vince got out of it he attacked her. Her lawsuit claims that he attacked her from behind and grabbed her hair, pulling her to the ground. The incident left her with pain in her neck and back, with an injury to her hip and a fractured tailbone.

Kelly also claims that Vince attacked another woman after her, and that he seemed incredibly intoxicated. He has since been criminally charged with misdemeanor battery, and she is suing him for a minimum of $150,000. The damages that she is seeking are for “substantial medical expenses, lost wages, pain and suffering, and emotional distress.”

TMZ captured a video immediately following the attack, when Nicolas Cage attempted to grab Vince and pull him into the Aria hotel that they had been standing in front of at the time.

Neil’s first court date will be in July 27.