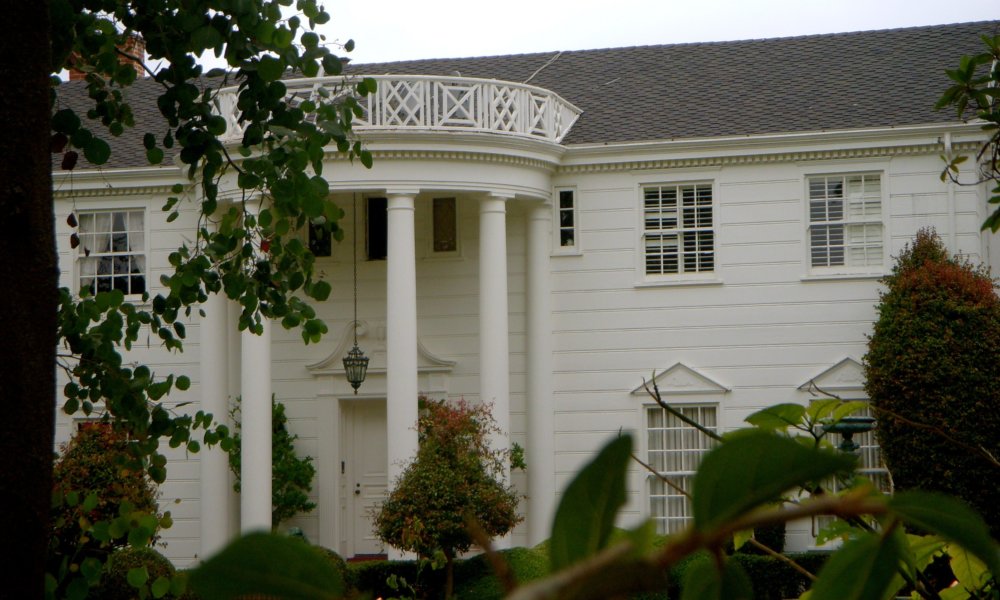 2. Here’s the Story of The Brady Bunch House

The exteriors of The Brady Bunch house were shot at a real home at 11222 Dilling Street in Studio City, California. The location was chosen because it looked relatable enough, but also like something that architect Mike Brady would have really lived in.

3. Here’s Kevin Arnold’s House from The Wonder Years, and Winnie’s House is in the Neighborhood Too.

The home that the Arnold family lived in on The Wonder Years is a real house located at 516 University Ave in a suburban area of Burbank, California. Part of the reason they ended up shooting there was that the Burbank school system was more flexible with their shooting needs than the LAUSD was prepared to be.

4. The Full House House Is For Rent If You Want to Move In

The Full House home located at 1709 Broderick Street, San Francisco is actually available for rent at the moment. The Victorian home is used during the opening credits for the original show, as well as the Fuller House reboot. It sold for $4 million in July, and is now available to rent at $13,950 a month.

5. The Fresh Prince of Bel Air Mansion Is Not Even in Bel Air

The Fresh Prince of Bel Air mansion is not actually located in Bel Air, but rather at 251 N. Bristol Avenue in Brentwood. The neighborhoods aren’t too far off however, as it’s a similarly affluent area of Los Angeles, just a little less hilly.

6. The Victorian Mary Tyler Moore House Has Had Some Renovations Since Mary and Rhoda’s Day

The exterior of the Mary Tyler Moore house was shot at 2104 Kenwood Parkway in Minneapolis, Minnesota, although the interior was shot in an L.A. studio set. The home is quite large with seven bedrooms and nine bathrooms, and it last went up for sale in 2015 at just under $2 million.

7. The Partridge Family House May or May Not Still be With Us

The Partridge Family home was located on the backlot of the Warner Brothers Studio Ranch between Oak Street and Verdugo Avenue in Burbank. It’s been used many times for other shows and films. The character of Mrs. Kravitz, the neighbor on Bewitched actually lived in the home at the same time that the Partridge Family was on air. It has been renovated several times, and some sources say it was blown up for one of the Lethal Weapon movies. Can anyone verify if that’s true or not?

The Kirkeby Mansion featured in the Beverly Hillbillies is located at 750 Bel Air Rd. in the neighborhood of Bel Air. The house is listed at a whopping 21,523 square feet, with ten bedrooms and 12 bathrooms, which cost $2 million to build back in the 1920’s. The original owner built the house as a surprise for his wife who thought it was too grandiose, so they never actually lived there. There have been rumors that the house was torn down, but others say it’s just no longer visible from the street.

9. Would You Dare to Sleep In The “Murder House” from American Horror Story?

The Rosenheim Mansion built in 1908 was used to film the pilot episode of the first season of American Horror Story, and then after that the interior was recreated on a soundstage. The Victorian house located at 1120 Westchester Place in Los Angeles, has also been used as a chapel, and has been featured on other shows like The X-Files, Buffy the Vampire Slayer, and the Twilight Zone. It has also been listed for rent on AirBnb at the price of $1,450, which sleeps 16. If you can fall asleep, that is.

10. Fans Flocked to The Mork and Mindy After Robin Williams’ Passing

The home from Mork and Mindy is located in Boulder, Colorado, where some of the exterior scenes were shot. Most of the show however was shot on in L.A. The Victorian house still looks mostly the same and is located at 1619 Pine Street. Many fans flocked to the home to pay their respect after Robin Williams passed away.

11. ’90s Fans Will Remember The Step by Step House

The Step by Step house was where the Lambert family lived in the 1990s sitcom, although they never actually shot anything but exteriors at 2011 Fletcher Avenue in South Pasadena, California. Interestingly, the part of the show’s opening credits where they ride a roller coaster by the beach was actually shot at Magic Mountain in Valencia. The water was digitally added later.

12. Here’s Where Cory and Topanga Hung Out in Boy Meets World

The Boy Meets World house was supposed to be in Philadelphia but is actually located in Studio City very close to the CBS studios where they actually shot the rest of the show. The real home only has two bedrooms, so it’s smaller than the show would suggest.

The real Breaking Bad house that Jesse Pinkman owned is located at 322 16th St SW in Albuquerque, New Mexico. In 2015 the home was listed for sale at $1.6 million and Coldwell Banker’s press release for it read “meth lab not included.”

The home of Buffy the Vampire Slayer is located at 1313 Cota Avenue in Torrance, California. It’s only a couple blocks away from Torrance High School, where they filmed a lot of the exterior shots for the show’s Sunnydale High.

The Golden Girls house was not located in south Florida, but rather on 245 N Saltair Ave in the Brentwood area of west Los Angeles. The ranch style home has four bedrooms and four bathrooms. However they only shot at that house in the first season, and after that built a replica in Orlando where the rest of the show was filmed.

The house used in Happy Days was supposed to be located in Milwaukee, but it’s actually located at 565 North Cahuenga Blvd in Los Angeles. It doesn’t look like Fonzie’s over-the-garage apartment is there anymore.

You wont’s see Billy and Alison frolicking in the pool, but you can see the complex used for the exterior shots of Melrose Place at the El Pueblo Apartments, located at 4616 Greenwood Place in Los Feliz. “El Pueblo Place” just didn’t have the same ring to it.